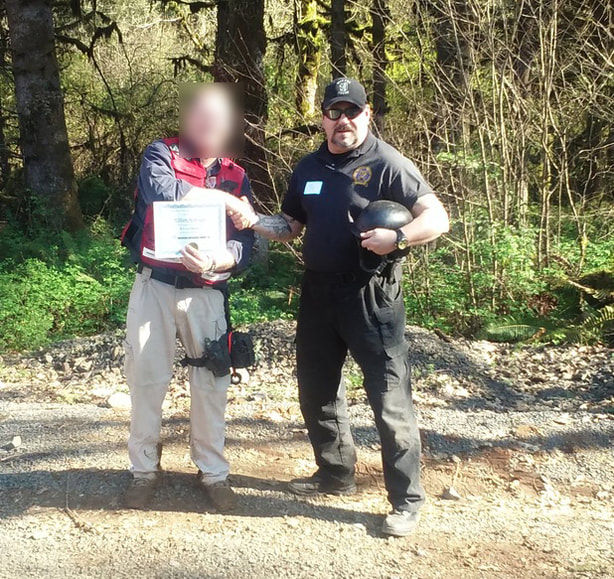 Will “Mac” McKnight is a professional trainer. McKnight is also on of very few to complete the Oregon Department of Public Safety's Use of Force Instructor Course, and is a recognized court-approved Expert in Use of Force Law and Science. A former Training Officer with A Co., 1st BN, 19th Special Forces Group (ABN) and Snr Reserve Police Officer with Woodland (WA) Police Department, he received a Bachelor of Science in Sociology and Political Science from Utah State University, and a Juris Doctor from Northwestern School of Law at Lewis & Clark, and, after an internship with the Metropolitan Public Defenders’ Office, was a criminal law expert and member of the Oregon Criminal Defense Lawyers Assoc., and the National Assoc. of Criminal Defense Lawyers, specializing in Use of Force and Search and Seizure laws. He has been a certified Security Professional since 1995, and served as a Personal Security Detail (PSD) Team Leader and Senior Intelligence Specialist with the US State Department’s Civilian Police Project (Iraq) for five years, and worked under contract for the US Department of Homeland Security’s Federal Protective Service’s Federal Security Guard Force for seven years, attended Executive Protection courses in both the US and abroad, including the Corwin Noble Course and the Crucible’s High Threat Protection course in Amman, Jordan. Having trained under SFC Brandon Summerfield (7th SFGA)-- the heir to the Sykes/Fairbain-Applegate and Michael Echanis legacy of military combatatives instructors--- he has studied a variety of art forms, from Greco-Roman wrestling and boxing, several eastern forms, both Okinawan and Korean. He has also worked as a rodeo bullfighter. McKnight is certified as a Law Enforcement Defensive Tactics Instructor through Worldwide Krav Maga Assoc., and as a Private Security Firearms Instructor through both the Oregon Department of Public Safety Standards and Training, and the Washington Criminal Justice Training Commission as well as the New Mexico Investigations Board. He is also an unarmed security instructor, certified by WSCJTC and OrDPSST, and a Baton and Handcuffing Instructor, certified by ASP, as well as a certified Women's Self Defense Instructor, certified by the Womens' Association of Law Enforcement-sancitioned RAD program. McKnight brings a unique background of martial arts, weapons and military/police/security training, real world experience in both the United States and abroad, along with a legal education and many years courtroom experience.